"With A Song In My Heart", the songs of Richard Rodgers sung by Barbara McMillen

An American composer of music for more than 900 songs and 40 Broadway musicals who also composed music for films and television, Richard Rodgers is best known for his songwriting partnerships with the lyricists Lorenz Hart and Oscar Hammerstein II. His compositions have had a significant impact on popular music down to the present day, and have an enduring broad appeal. Barbara will perform Rodgers' songs from the 20's through the 50's from these musicals.
Rodgers is one of only two persons to have won an Oscar, a Grammy, an Emmy, a Tony Award, and a Pulitzer Prize (Marvin Hamlisch is the other).

An American composer and pianist, George Gershwin's  compositions spanned both popular and classical genres, and his most popular melodies are widely known. Among his best known works are the orchestral compositions Rhapsody in Blue (1924) and An American in Paris (1928), as well as the opera, Porgy and Bess (1935).
He wrote most of his vocal and theatrical works, including more than a dozen Broadway shows, in collaboration with his elder brother, lyricist Ira Gershwin.

This program includes songs from his Broadway shows, along with some history of his life.

"A Song for Mama", songs and poems about mothers sung by Barbara McMillen

Mother's Day, celebrated on second Sunday in May in the US. is a time when children honor their mothers with cards, gifts, flowers. First observed in Philadelphia, Pa., 1907, based on suggestions by Julia Ward Howe in 1872 and Anna Jarvis in 1907, the day was recognized officially by Congress and the President in 1914.

This program includes songs, poems, and a little history of the origin.


Fabulous Women of the Fifties

Doris Day, Patti Page, Peggie Lee, and Rosemary Clooney are all women who began their careers as big band singers in the forties and peeked in the fifties with Billboard charting hits. Their careers transitioned into film and the then new media of television.

This program includes hit songs along with some history of their lives.


Beautiful
Songs from Beautiful: The Carole King Musical that tells the story of the early life and career of Carole King, using songs that she wrote, often together with Gerry Goffin, and other contemporary songs by Barry Mann, Cynthia Weil, Phil Spector and others. Some of the songs were recorded by King on her Tapestry album and others were recorded by such 60's artists as The Drifters, Neil Sedaka, Gene Vincent, The Shirelles,  Little Eva and The Righteous Brothers. 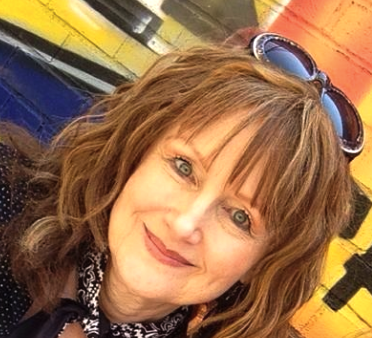